Warren Buffett is getting with the times at the ripe age of 89 -- FINALLY buying himself a nifty smartphone ... but still using it like the flip phone he's left behind. The billionaire Berkshire Hathaway CEO was chatting with CNBC Monday, talking about Apple and how great of a company it's turned out to be... END_OF_DOCUMENT_TOKEN_TO_BE_REPLACED

The World Health Organization on Monday proposed an official name for the illness caused by new coronavirus: COVID-19. The acronym stands for coronavirus disease 2019, as the illness was first detected toward the end of last year. The director general of the World Health Organization, Tedros Adhanom Ghebreyesus, noted that the new name makes no... END_OF_DOCUMENT_TOKEN_TO_BE_REPLACED 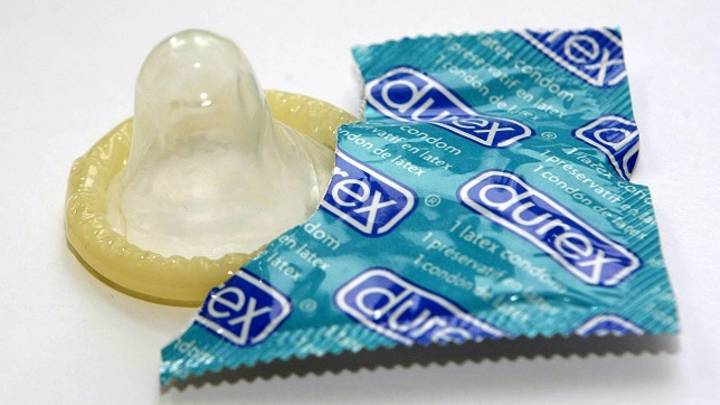 I In 2015, Philip Siefer and Waldemar Zeiler were in the middle of crowdfunding their new business venture. “We kept hearing the same question from people who were donating money,” says Siefer. “Are the condoms vegan? We didn’t even realise ourselves that condoms usually contain an animal protein to make the latex softer.” The Berlin-based... END_OF_DOCUMENT_TOKEN_TO_BE_REPLACED Users in Indian-administered Kashmir are being kicked off WhatsApp because of inactivity. It is a side-effect of the four-month internet blackout, imposed by the Indian government after the region was stripped of its autonomy in August. Facebook, which owns the WhatsApp messaging service, said users would need to be re-added to groups "upon regaining access to the... END_OF_DOCUMENT_TOKEN_TO_BE_REPLACED

Climate change and nutrient pollution are driving the oxygen from our oceans, and threatening many species of fish. That's the conclusion of the biggest study of its kind, undertaken by conservation group IUCN. While nutrient run-off has been known for decades, researchers say that climate change is making the lack of oxygen worse. Around 700... END_OF_DOCUMENT_TOKEN_TO_BE_REPLACED

Mara Group, a Rwandan-based smartphone company, unveiled the Mara X and Mara Z smartphones. The phones carry the pride of being the first handsets manufactured and assembled completely in Africa. Mara Group hopes that the phones are merely the beginning of a tech revolution that will boost Rwanda's economy and standing in the region.by Sam Medley,... END_OF_DOCUMENT_TOKEN_TO_BE_REPLACED

Spotify has revealed its biggest songs, albums and artists of the last decade, with Drake emerging as the most-streamed artist of the 2010s. The Canadian star has racked up more than 28 billion streams, with his most popular song, One Dance, played 1.7 billion times alone. It was dwarfed by Ed Sheeran's Shape Of You,... END_OF_DOCUMENT_TOKEN_TO_BE_REPLACED

Image captionThis coal-fired power station in West Burton is one of six remaining in the UK The fuel that powered the industrial revolution may be in decline at last. This year looks set to see the largest fall in electricity production from coal on record, according to a new report. The reduction is estimated to... END_OF_DOCUMENT_TOKEN_TO_BE_REPLACED

TheThe past year has seen a skyrocketing rate of teen vaping, an outbreak of lung injuries, some serious regulatory shake-ups in the e-cigarette industry, and a whole lot of panic. With so many different vaping crises going on right now, we thought we’d provide a vaping roundup. This post will be updated as new information emerges.... END_OF_DOCUMENT_TOKEN_TO_BE_REPLACED